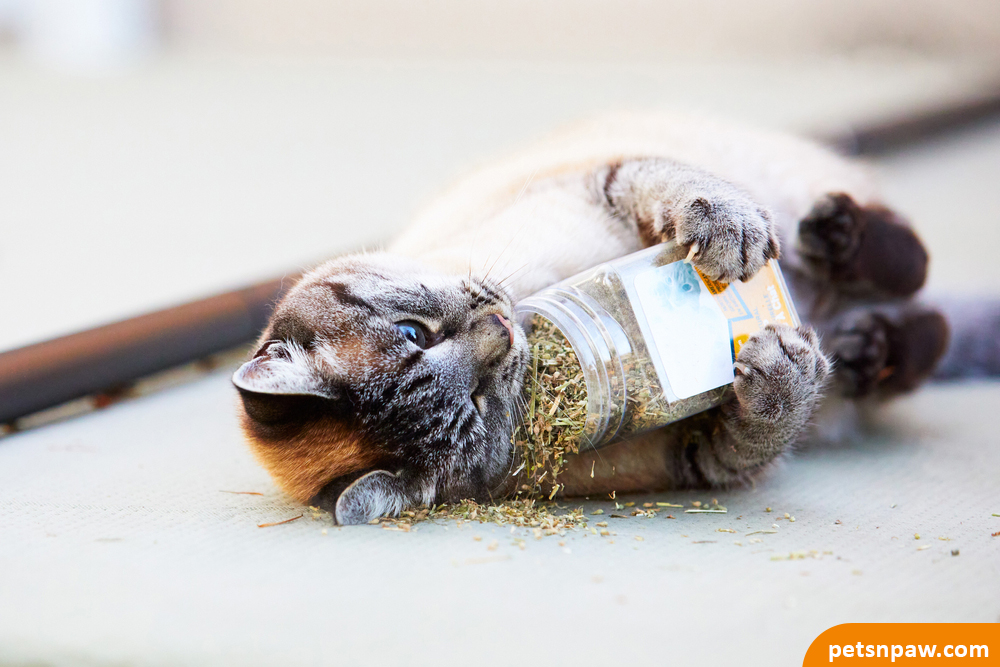 The Catnip Spell & What Does It Do To Cats

by Pets and Paws
Cats

Originally from Asia and Europe. Nepeta cataria has long been associated with cats. Even its Latin-derived cataria means “of a cat.” And research shows that big and small cats adore this herb, invasive member of the mint family. But why do they like catnip so much? AndWhat does catnip actually do to cats?

It’s genetics that determines whether your feline friend falls for weedy. About one cat in two inherits a sensitivity to the herb. But you won’t know if your kitten is one of them until the age of 3 to 6 months.Catnip’s allure is in its volatile oil, specifically one chemical in that oil called Nepetalactone. Found in catnip’s leaves, stems, and seeds, it  takes one or two sniffs of that wondrous oil before susceptible felines are licking, chewing, and rolling head-over-tail in kitty bliss.Though intense, that bliss is usually short-lived, lasting about 10 minutes for most cats. For some, the euphoria translates into aggressive playfulness. At the same time, it makes others mellow and calm. But no matter what reaction your cat has, once the pleasure passes it’ll be about two hours before kitty responds to it again.

Smelling or Eating it?

The most intense catnip experience starts with the nose. One whiff of the stuff and your cat promptly goes nuts. Researchers suspect that catnip targets kitten “happy” receptors in the brain. When eaten, however, catnip tends to have the opposite effect and your cat mellows out.

Most cats react to catnip by rolling, flipping, rubbing, and eventually zoning out. They may meow or growl at the same time. Other cats become hyperactive or downright aggressive, especially if you approach them.

Usually these sessions last about 10 minutes, after which your cat loses interest. It may take as long as two hours for him to “reset” and become susceptible to catnip again. Be mindful of overindulgence though—cats are unlikely to overdose on catnip, but they can get sick if they eat too much. Trust your kitty to know when they’ve had enough. 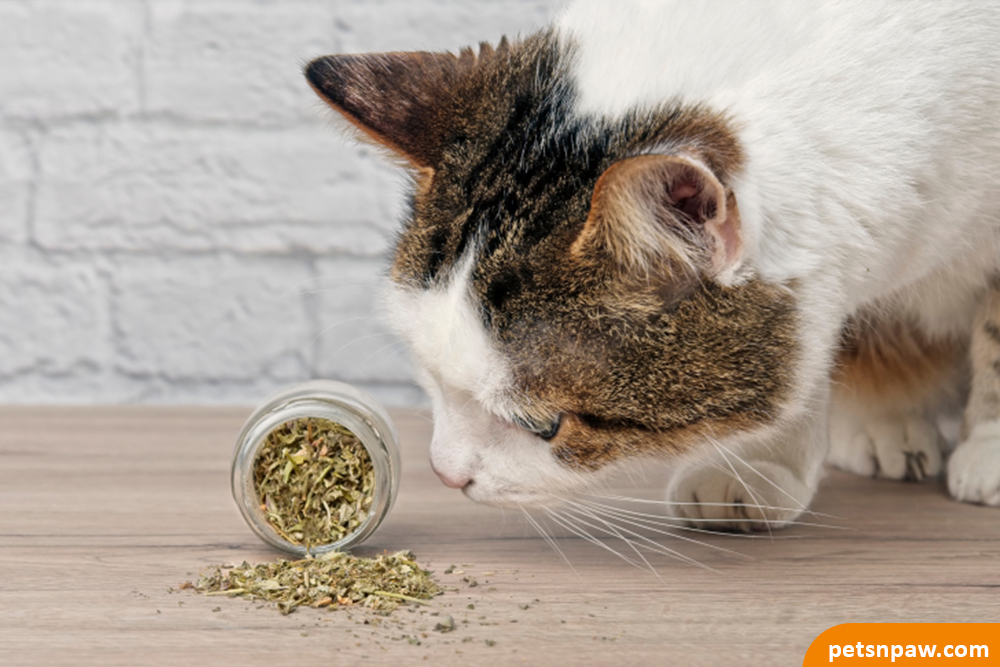 Because cats do respond to catnip, the herb could be a powerful training aid.

Want to keep kitty from clawing furniture? Rub a scratching post with catnip to make it more appealing. Bought a new cat bed? Sprinkle a little of the herb on kitty’s cushion to make it more attractive to your feline friend.

You can also provide enrichment for an indoor kitty by creating catnip-toys. Sprinkle a bit of the herb into an old sock, then knot the top. Or put a big pinch of the herb in a small paper bag and crush the bag into a tight ball.

Three ways to Keep Your Aging Cat From Becoming a Grouchy 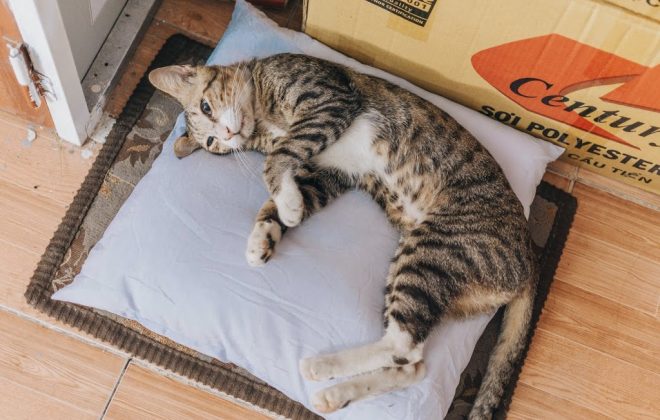