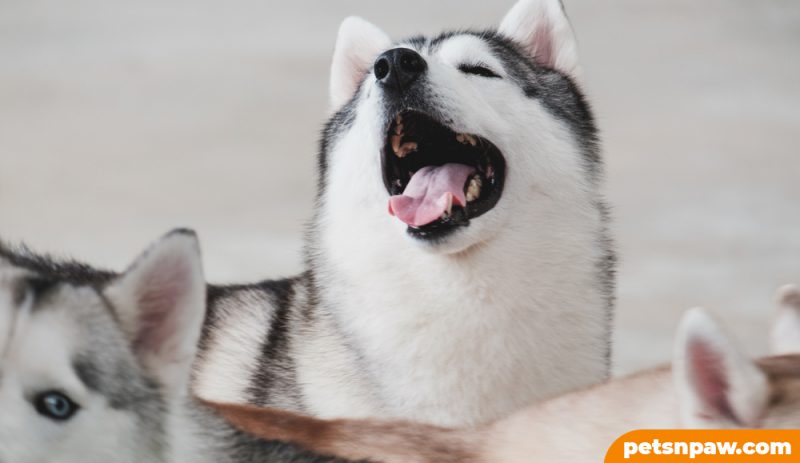 Are huskies dangerous? – The Ultimate truth

by Pets and Paws
Dogs

Huskies are not aggressive by nature, it does not mean that under the right circumstances they won’t bite. Huskies are considered energetic, fun, social dogs and adorable companion for humans, but do they have another side that we don’t know about? Can they be dangerous? Are huskies dangerous?

According to dogsbite.org, the vast majority of Human Dog Bite Related Fatalities do not come from huskies.

But Hill & Associates, a firm of lawyers based in Philadelphia, USA, and specializing in cases of personal injuries caused by dogs, sees that the Siberian huskies are one of the most dangerous breeds and can cause serious injury to people, particularly children.

Positive characteristics that suggest Huskies are not dangerous!

Siberian huskies have been domesticated for a long time and they become one of the world’s favorite breeds. They are considered to be great family pets for many good reasons.

Huskies are not overly suspicious

Even concluded by the AKC, the Siberian Husky is NOT a breed that is naturally suspicious of strangers or people unknown to them. The strong sociability in huskies makes them more inclined to befriend a stranger, not be cautious or aggressive towards them.

Huskies do not make good guard dogs. One of the last behaviors you can expect to see from a husky when a stranger enters your house is any kind of aggression.

Huskies are friendly and  sociable

Huskies were originally bred and raised in large packs, sometimes up to 15 strong. Living the pack life leads them to be a very playful and sociable breed.

Huskies although in the beginning may not seem to be a very sociable breed, certainly can be just that!

Weather is is dogs or humans, living so closely with their pack and humans also made them used to having company at all times, something they love and need. In general, huskies are ready to make friends with almost anyone in the chance of making a new playmate.

There’s nothing more your husky will love than snuggling up on the couch and spending time with you and your family. This is something that makes kids and huskies bond so well.

How could huskies be dangerous?

When a dog is afraid and does not know what to expect from his environment or does not understand what is expected from him, he will quite often default to aggressive behavior that may, or may not, end in a dog bite. From the dog’s perspective, “I am afraid. I will get YOU before you have a chance to get me.”

Huskies are dynamic and need to be stimulated

Any husky must be adequately stimulated through daily physical exercise AND mental exercise like training.

If this is neglected then it would be normal that the outcome will be bad behavior and destructiveness. This means your husky is a frustrated husky. When dogs become frustrated it has to be released in one way or another, usually being destructive but it is not limited to this. It is entirely possible that a frustrated husky could be a dangerous, aggressive husky.

Huskies are classed as a medium to large breed

Huskies are considered to be of medium to large size, the males usually always being on the large end of the scale.

A big dog comes with a lot of strength and power and the Siberian Husky boasts agility as well. This size mixed with their never-ending desire to play, jump, and dash around may make them hazardous to small children in your household.

Huskies love to play fight and have developed this boisterous behavior from their previous pack life. If proper training is not instilled from a young age, this excitement and jumping up could lead to them taking the playfight too far, not knowing exactly when to stop.

It is hard to say whether or not this point can lead to aggression or dangerous behavior. This independency and stubborn attitude could be linked to a less controlled dog that can never be fully trusted.

However, I understand this will vary and is heavily dependent on the training given to a husky from a young age.

The physical appearance of huskies doesn’t help them

Despite the husky’s medium to large build and wolf-like appearances, this does not mean they are wolves or dangerous like wolves, although it’s completely understanding to think they can be.

Despite sharing very close mitochondrial DNA with wolves, so do most other dog breeds, the husky is no closer to a wolf than a poodle is.

The physical aspect of huskies gives them more of a bad rep than what they deserve.

Granted, this has nothing to do with their behavior and is something they cannot help.

How Aggression Is Triggered in Huskies Dogs

Recognizing and understanding the triggers of aggression is the best way for people to keep themselves safe from an aggressive attack. Learn to recognize the signs of these different triggers to aggressive behaviors.

Aggression and bites can be triggered in several ways:

How to prevent your husky from being aggressive or dangerous.

Assuming you have a husky puppy, you must give all the necessary training from an early age to avoid a badly behaved, uncontrolled husky later on.

With proper training, you can have a very obedient, kind, and loving husky that never displays aggression or poses a threat to anyone else.

To prevent an aggressive, potentially dangerous husky it comes down to these important points

Understand dominant behavior (and control it)

From a young age, your husky puppy (female or male) will start showing signs of dominance and will be testing you.

This dominance test can be seen in a lot of different actions and behavior and needs to be understood and addressed right from when you bring him home.

Huskies are pack dog that needs to know who is boss, a clear hierarchical system is needed in your household and your husky HAS to know he’s at the bottom.

Any kind of jumping up, biting too hard, or boisterous behavior needs to be solved with immediate training. It’s a mistake to think this is “ok because they are a puppy” Once your husky is fully grown to be 60lbs jumping up and biting will be a big issue.

A husky who thinks he’s the boss, will for sure cause many issues in your home.

Training if you couldn’t tell by now, is the most important overall thing you can do to ensure an all-around well-behaved obedient husky.

Perhaps one of the worst mistakes a new puppy owner makes is thinking they need to wait to start training, or that they “have time”.

Your husky puppy is more than ready to start a serious training routine. So when you bring them home, basic obedience commands, potty training, crate training, bite training, and leash training are all to be implemented.

Huskies are a super high-energy breed that needs to be properly exercised to be well-behaved.

Huskies can run up to 100 miles per day, without much trouble. This instantly gives you a clear understanding of what we are talking about when we say “energy”

This high-energy breed can become frustrated if adequate exercise is not given to them daily. Frustration can lead to destructive and aggressive behavior.

Huskies should receive around 2 hours of intense exercise per day to release their energy and be sufficiently stimulated.

It’s also a good idea to have interactive toys and administer obedience training daily for mental stimulation. Another important requirement for this intelligent breed.

One super important part of any puppy’s development is proper socialization from a young age.

Proper socialization has a big impact on preventing aggressive behavior in your husky later on.

The recommended window of opportunity where socialization is best given is as early as possible, 3 weeks old is a good place to start.

From 16 weeks old your puppy can indulge in things like puppy playschools and dog parks, something that is highly recommended for maximum social experiences. Constantly bumping into new puppies, dogs and owners will broaden their ability to be around other animals and people without fearing them. Animal Humane Society

Are you thinking of getting a husky?

If you are then do not hesitate, the husky is a wonderful breed. The most important thing to be sure of is having the time, commitment, and focus on their exercise and training needs. If you do, there will be no issues.

Thank you for reading, If you have some advice or tips, please comment below and help the many other husky owners that will read this article after you! 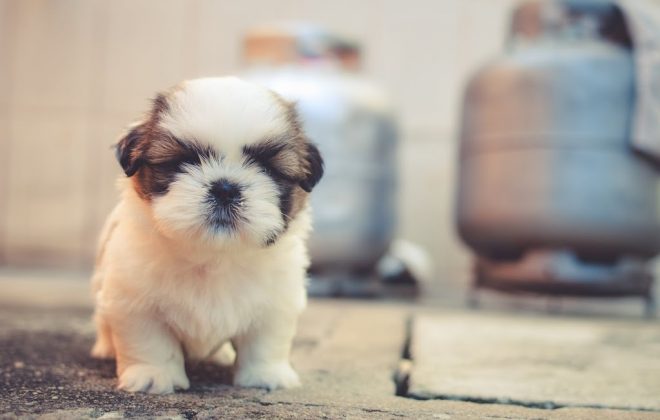 How to Take Care of My Small Dog Teeth? 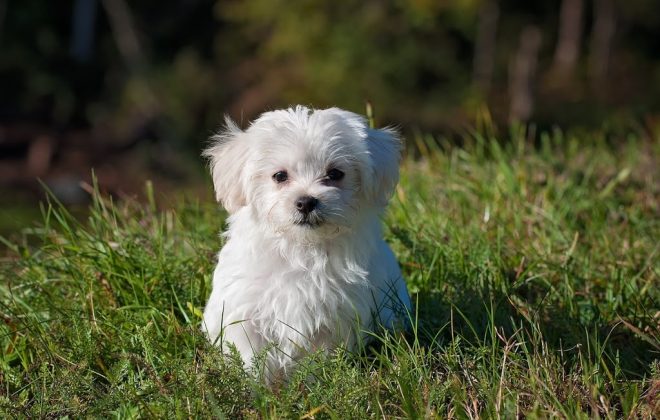 4 Essential Tips to Lead Your Dog to Better Health 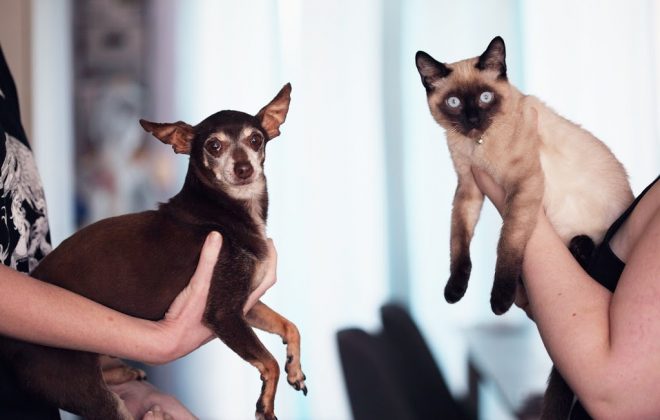 How Do You Define “eco-friendly”?